We feature Black Butte Ranch’s Brian Farrell in this month’s Superintendent Spotlight. Farrell, originally from Vancouver, Wash., has worked in the industry for more than 20 years. He’s been at Black Butte Ranch for the last 13 months – prior to that Farrell spent the previous 19 years at Pronghorn Resort.

After becoming one of the first crew members to be hired at Pronghorn, his career path was defined and he began moving up the ranks to assistant superintendent and superintendent positions. Farrell cites John Anderson and Dave Freitag as industry professionals who have helped teach him the ropes over the last two decades.

When he isn’t working or at home, Farrell enjoys spending time on the family farm in Washougal, Wash., and golfing at Bandon Dunes.

GET TO KNOW BRIAN FARRELL

Farrell cites moisture meters (and his hairline) as the biggest changes that have occurred while he’s been in the industry.

Knowing nearly every inch of the courses at Pronghorn is an advantage. He aced hole No. 4 on the Fazio Course (Par 3, 165 yards).

In addition to golfing, Farrell enjoys riding dirt bikes in his free time. Note: That is not him competing at Washougal MX Park.

His favorite athlete (any sport) is Michael Jordan, while his favorite golfers are Tiger Woods and Jordan Spieth. 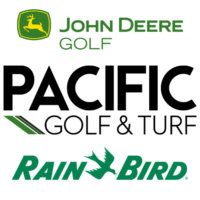